I was thinking about an interesting question yesterday which goes hand in hand with this column. You would be the only one to know or how to find out. What were tour swing speeds 40 years ago? I would imagine the swing speed of amateurs has not changed much?

Forty years ago we did not have easy access to the technology allowing us to measure swing speeds of golfers other than in complex  research projects. But the statistics show that the average driving distance on the US PGA tour in 1968 was 255 yards and this increased to 265 in 1995 (an average of one-foot per year).

From 1995 to 2003 after the introduction of Titanium drivers and solid balls with soft covers, the distance jumped to approximately 288 (an average of 8.6 feet per year) but since 2003 the average distance on tour has not increased and settled at about 288 yards due to our ability to optimize ball launch conditions.

Thank Mother Nature for this.

Based on this information we can deduce through back engineering, the approximate swing speed of Jack Nicklaus in his prime — in 1968 for which we have his average driving distance data which was 276 yards — we can conclude with some confidence that Jack’s approximate driver head speed was 120 mph, similar to the top pros today.  Our data on amateurs over this period is skimpy but I have got to believe that the average has not increased either.

Dan, I hope that this helps you sleep a little better at night knowing that there is very little magic left and we need to look for it in areas other than equipment.  We are trying to help with some online learning classes in an area where there is a lot of room for improvement i.e. understanding and applying sound fundamentals of putting. You may be interested in finding out more.

One thought on “Swing Speeds” 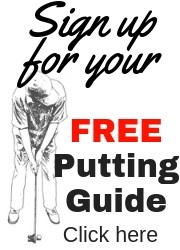