The sun does not come up in the morning and go down at night, it just ‘appears’ to do this because the earth is rotating but the sun remains still.

A good putting stroke ‘appears’ to follow the path of an arc through the impact zone. 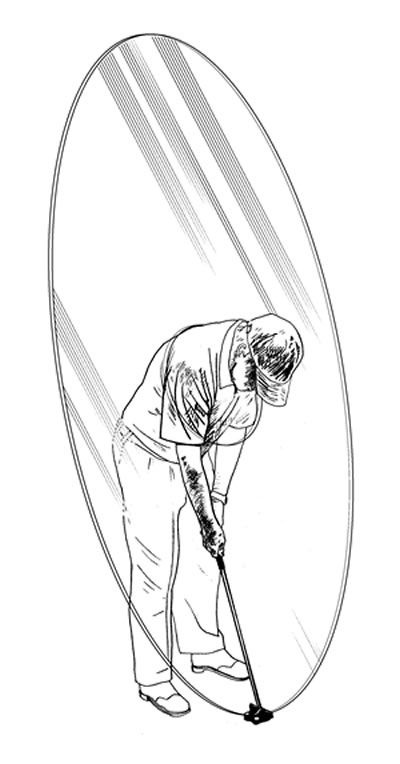 However, because the golfer’s head and eyes are not in the plane but through it (see sketch below) the path will ‘appear’ to be in an arc.

Don’t try to create an arc as it will happen naturally as long as the arms remain relatively straight and wrists don’t rotate, and the stroke is made by rocking the shoulders.

Bottom line is that understanding what appears to happen is all a matter of perspective.

Hope this give you some food for thought and will help your putting stroke.

For a full explanation of the plane see my Golf Digest Article and learn more about the simple and natural putting stroke from the Fundamentals of Putting (one of the most useful gifts you can give to any golfer).